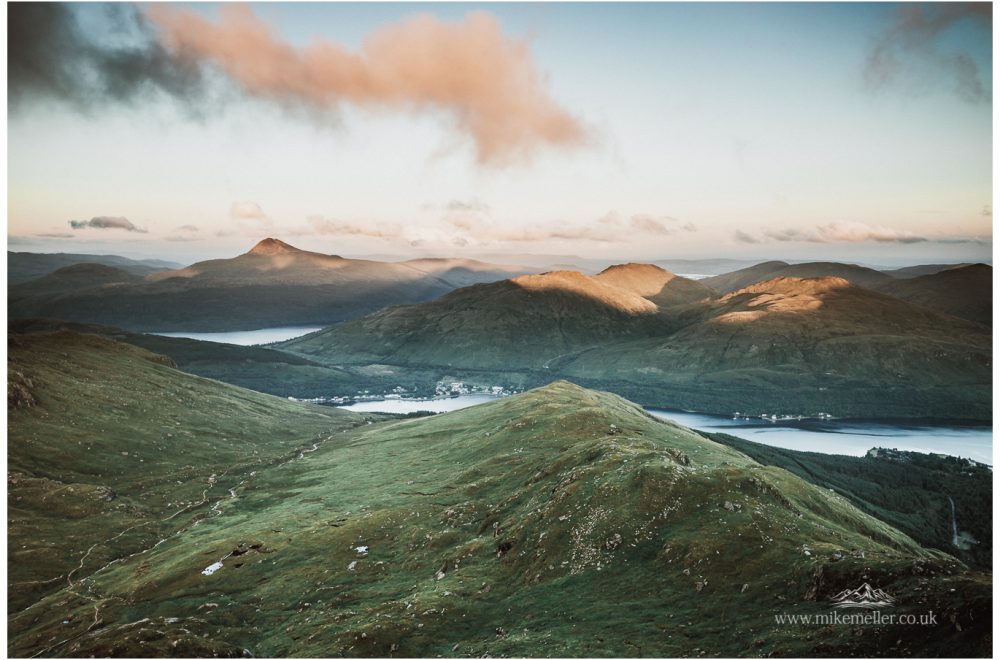 It’s pretty easy to walk up the Cobbler (Ben Arthur) and it doesn’t really require a big effort to reach the summit. But it’s very enjoyable and worthwhile. The path goes through the valley with a number of side streams and large stones that lay along it. Almost through the entire walk, there’s a great view over three peaks of the Cobbler. During the misty weather landscape reminds a bit of The Storr from the Isle of Skye. Especially when the massive rocks are reached, known as the Narnain boulders. Those are right next to the path so you can really feel their size. No wonder, these were used as shelters for climbers who had to spend the night there. Anyway, it wasn’t my plan to use them cause I decided to camp on the summit.

The “funny” thing is that I had to hike up Ben Arthur three times before I got, not even decent, but just any shot. Well, I would say that the first two hikes were more like exercises than actual hikes. The reason is that the weather was just horrible. It was heavy raining all the way up to Cobbler and the way back too. Low clouds covered the entire valley so I could barely see what was 10 meters in front of me. There was no chance or rather no sense to take a photo. Which is even more annoying when you have to carry all your gear for nothing. Certainly not the best condition for the hike but I did the entire route anyway.

Obviously, it would be in some way kind of odd for me as a photographer not to have any pictures from the place I was twice at. It would be even more bizarre not to even see it properly 🙂 There was just no other way than just to do the track again. Well, third time lucky. I managed to take a photo right before the sunset. What a difference it was to finally have a clear and wide view over Arrochar with Ben Reoch and the Northern side of Loch Long (and a “small” part of Loch Lomond). Especially that the light conditions were almost perfect. Didn’t last for too long but just long enough to capture how the warm sunlight hit the nearest mountains, including Ben Lomond in a far distance.

Next morning I could forget about having that light. I woke up literally in the clouds and nothing really changed even almost two hours after the sunrise. The clouds were moving so fast that even when it got more clear it last only for a moment. That’s what you can see in the last picture. For all other photos, I just had to climb down below the clouds and wait until some light would break through the low and thick layer of the clouds. 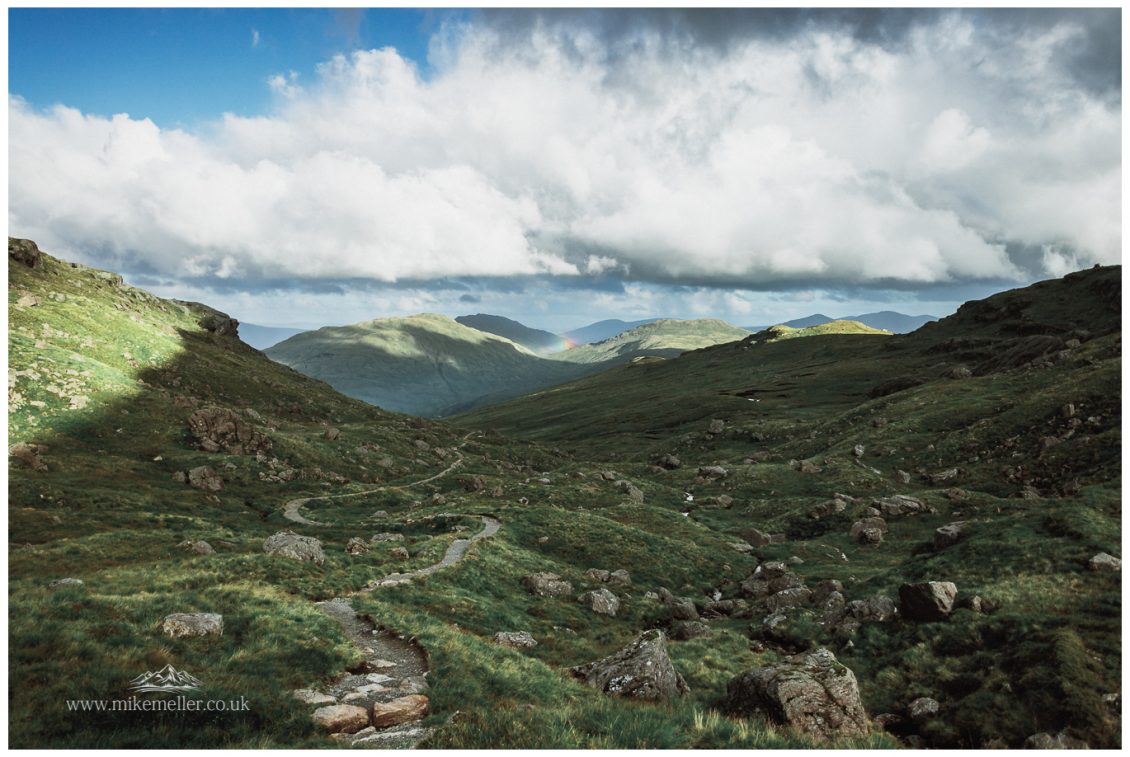 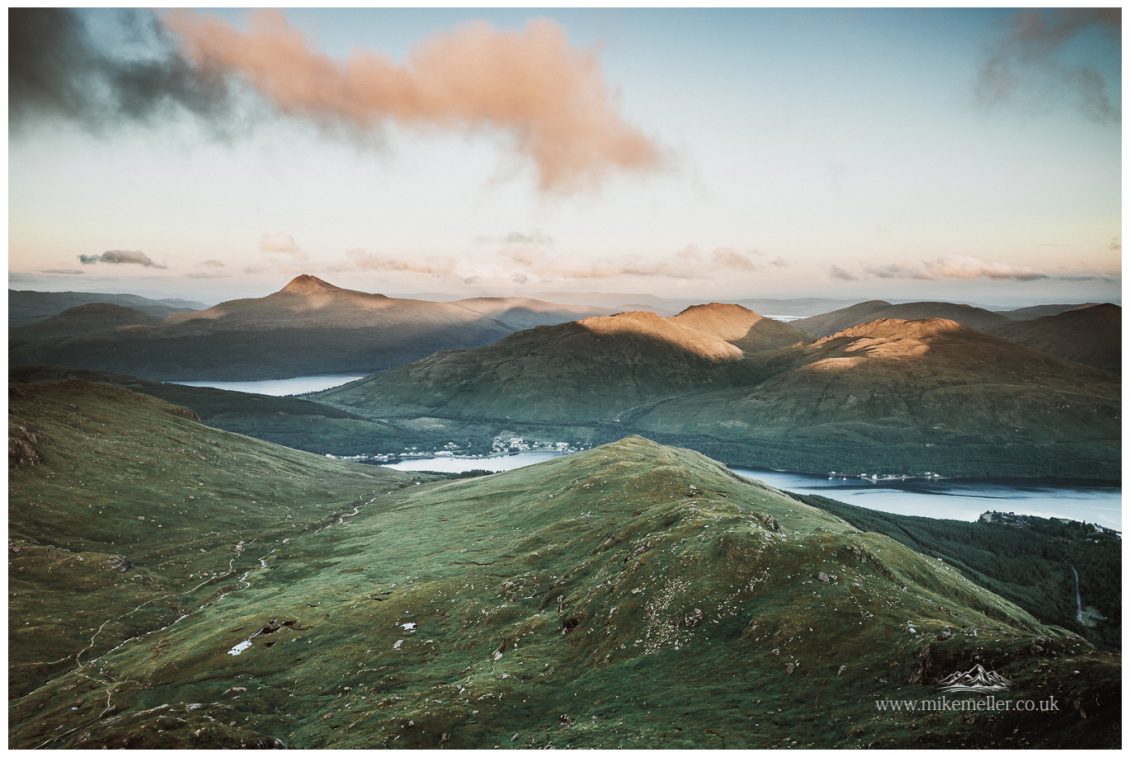 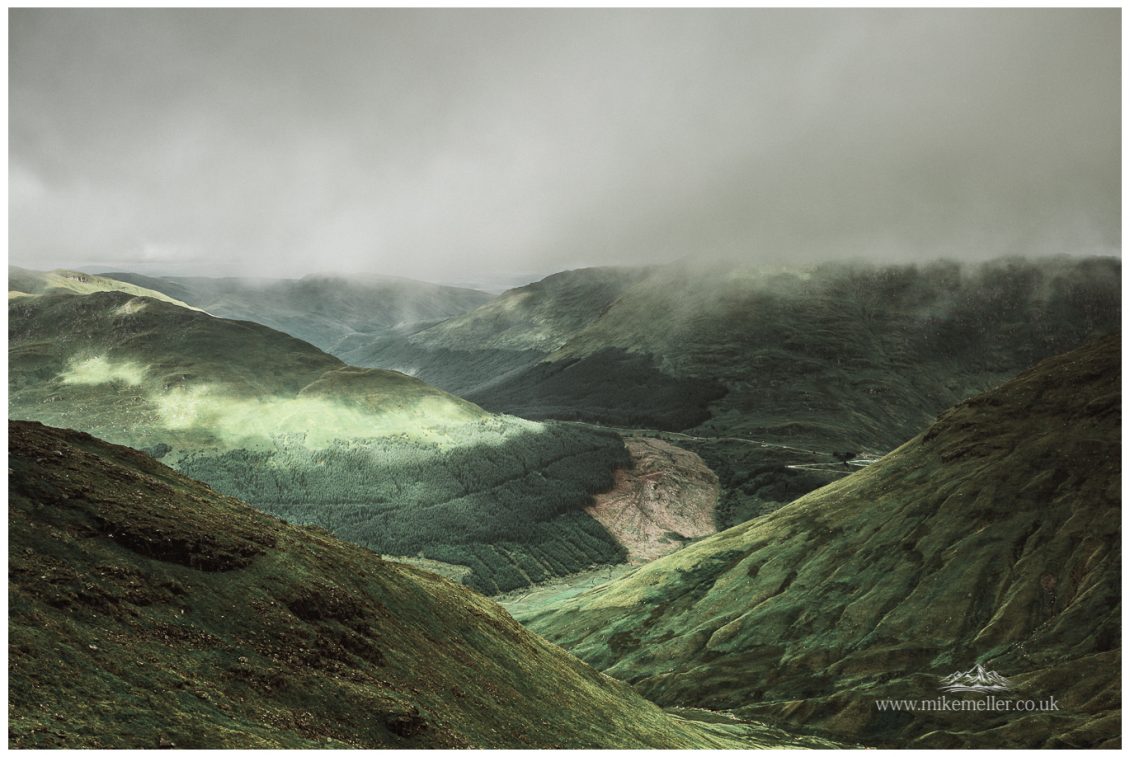 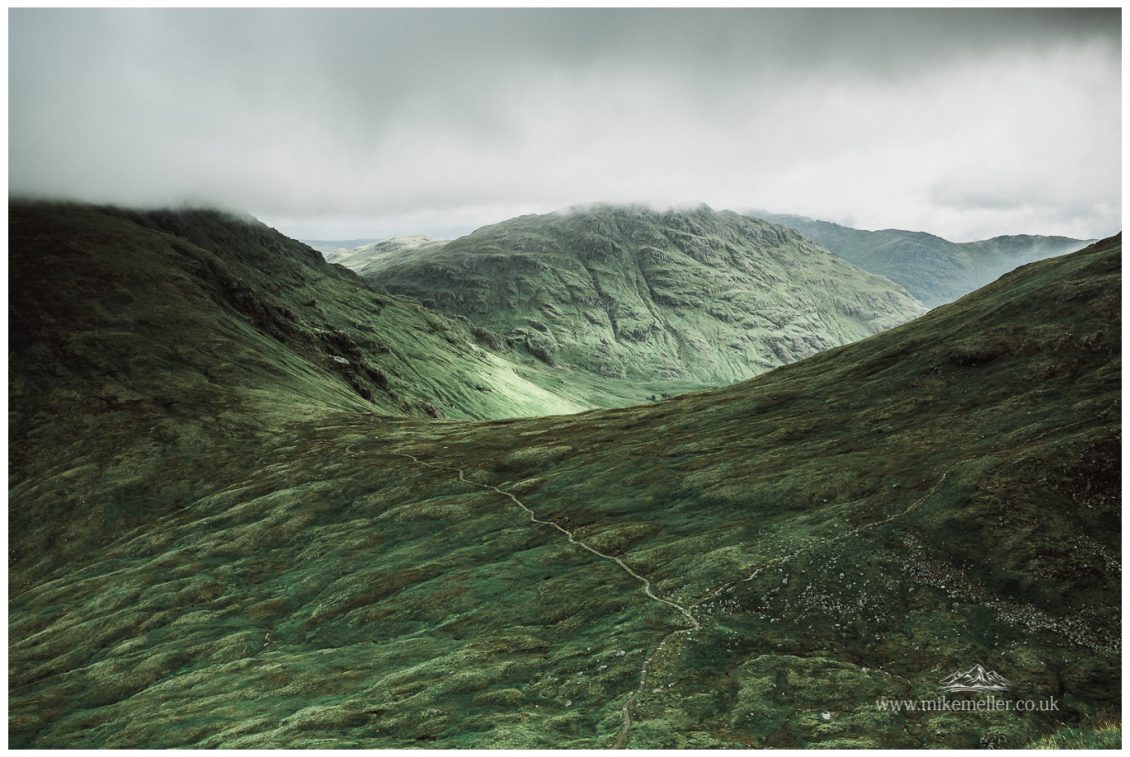 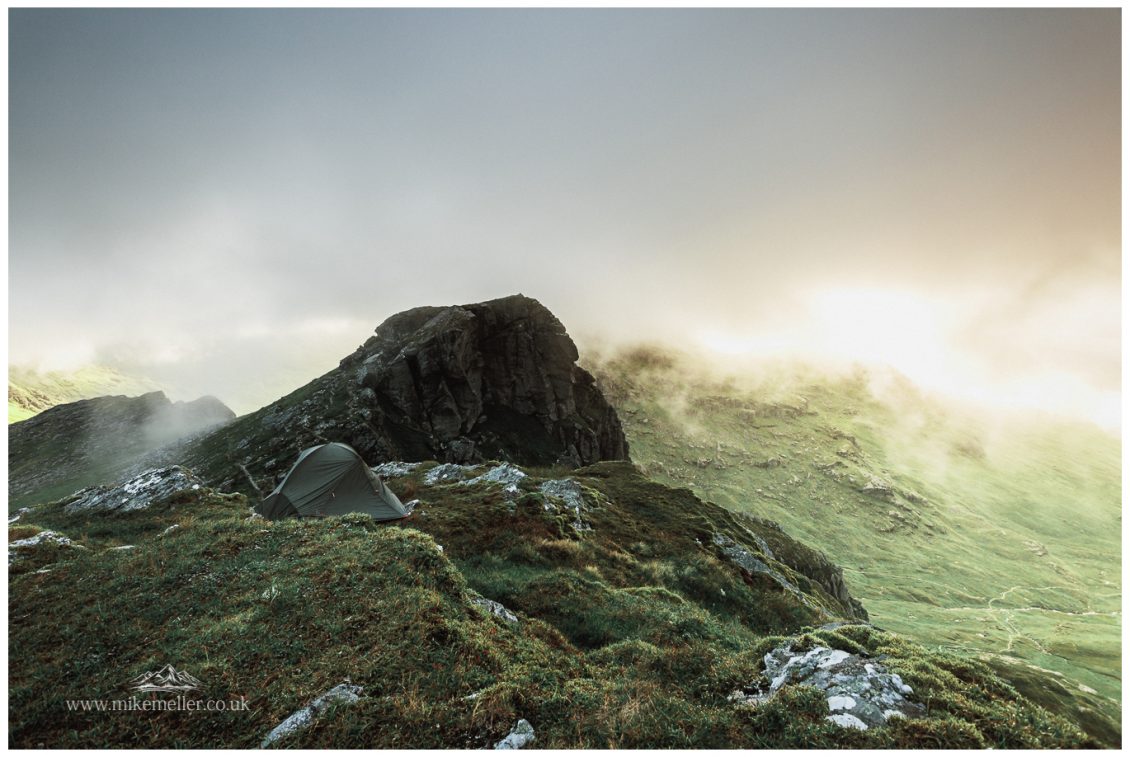