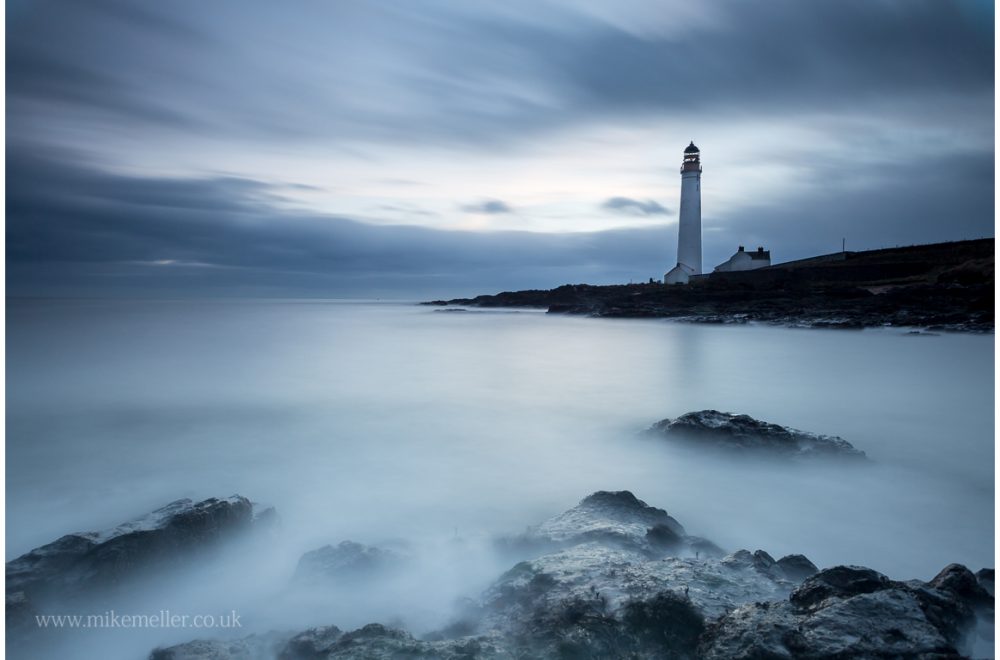 I need some kind of a boat! Yep, that’s exactly what came to my mind one day. Unfortunately, there was not enough space in my backyard to keep one, so I decided only to take a photo. Montrose Basin seemed to be a perfect place to do it. I was there before so I knew there are some boats available there, ready to pose for my picture. In that case, it was supposed to be an easy shot to take. However, Montrose Basin is a large tidal basin of mud, sand and salt marsh. Which means that the ground is so marshy and slippery that I could barely take a few steps. And it is here that the problem lies. One step forward and half of my leg got soaked into the ground. And believe me, it’s really hard to move then. I “gently” pull it back and chose an alternative way. Which wasn’t much better at all. In the meantime, it started to rain because… it’s Scotland. As you can imagine it didn’t help me to walk through this area at all.

Anyway, I finally was able to get a composition that I really liked so I took a quick shot. Really quick, cause I wasn’t even able to set my tripod stable. It was slowly getting deeper into the mud. I bet you’re asking yourself, why I didn’t shoot handheld instead. Well, I had to use my hands to protect the lens from the raindrops. Additionally, the shutter speed was too slow and I wanted to get a photo as sharp as possible. Of course, I could’ve used a longer focal length, that’s true. I wouldn’t be so dirty and for sure I would save some time. However, it wouldn’t be the same picture. The boat would be still in the frame but it wouldn’t look the way I wanted it to look. Well, when I know that something can be done better I simply do it. Otherwise, I would just lie to myself and still have that picture in my mind that I just gave up on. What would be the point of taking picture I’m not satisfied with? 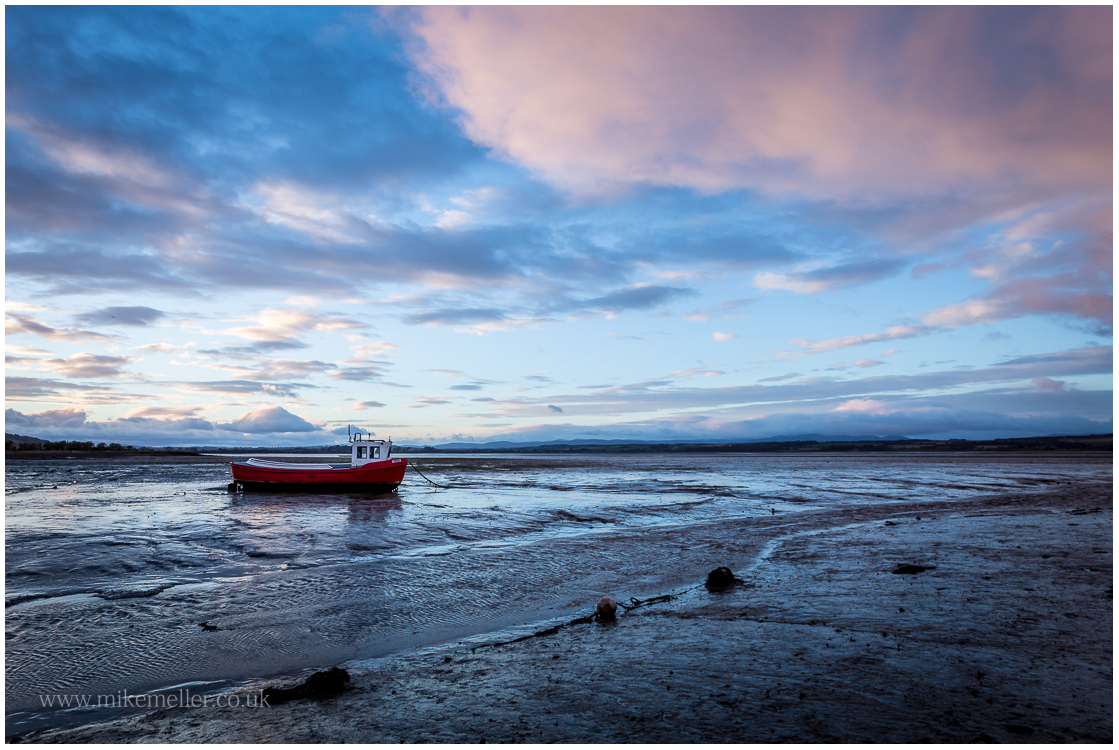 I choose a very cold and cloudy morning for another photo shoot. It was a great chance to get a dramatic and tenebrous look of Scurdie Ness Lighthouse. I stood on a rock as far from the shore as I could, of course without being completely washed by incoming waves. It gave me the view I was expecting. However, I still had to decide if it’s enough safe to stay there and take a picture. So I was standing there and staring at the waves for a while. My camera was still inside my backpack so for sure I didn’t look like someone who is planning to take a photo. That’s why some old guy thought I have suicidal tendencies. However, when he came up closer he saw my tripod which put him right.

Back to the point, due to the fact that there was a flow, I had to take a photo very quickly (which is quite tricky with long exposure). Waves started to hit the rocks much harder giving a “nice” splash of seawater. Generally speaking, my tripod received a free morning cleaning. Ok, not only a tripod. I have to admit that the North Sea on the morning of December is really refreshing. However, I was glad that I stayed there and got a final shot.

And even if the entire day wouldn’t be described as a beautiful and sunny, the weather has changed completely just before the sunset. I used that opportunity and finished the day as I started it – bedraggled and with Scurdie Ness Lighthouse in the photo. 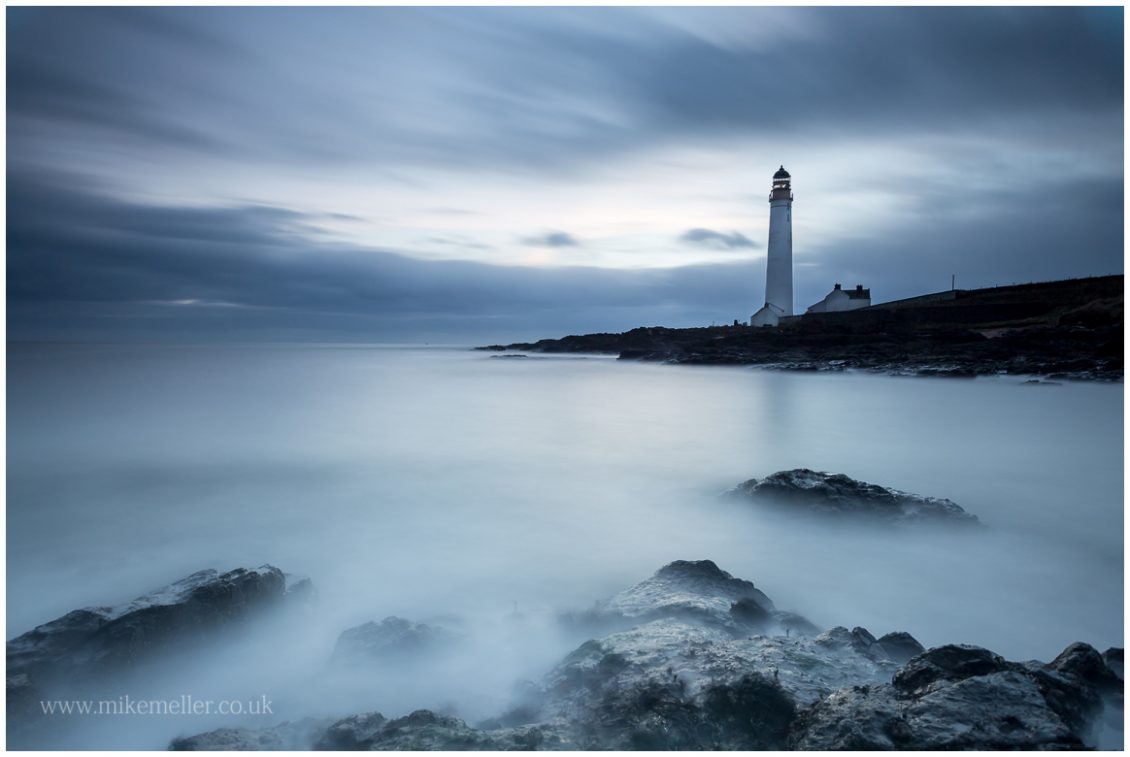