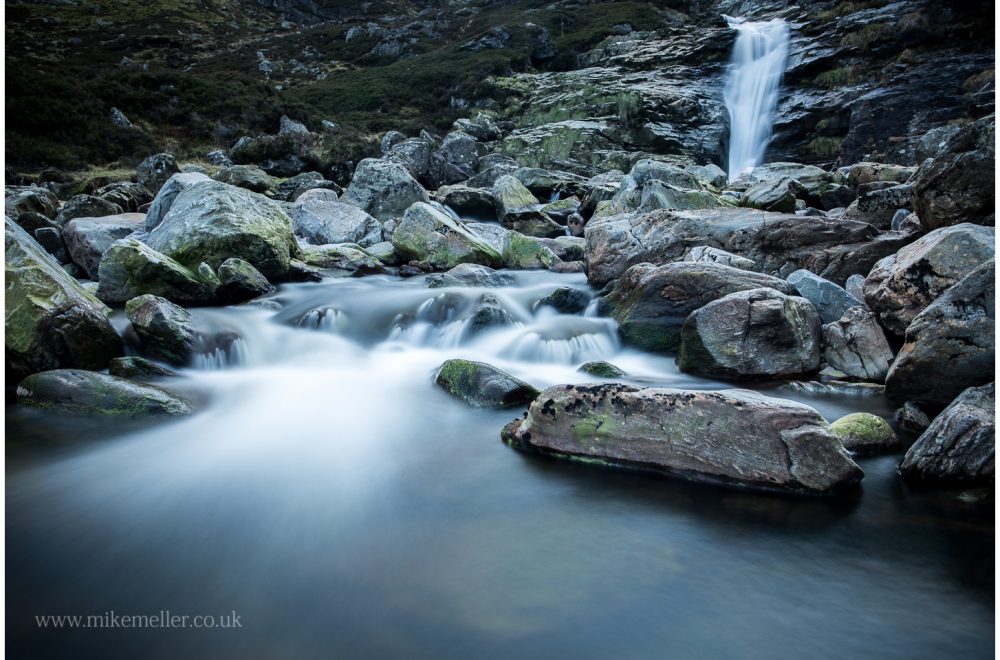 Exploring Glen Lee has turned out to be a good idea. You have to struggle a bit to get a decent landscape shot but I think it’s worth it. However, quite easy access to that place gives you an answer how to spend your weekend, for sure. And that is why I immediately found it to be an even better place for an engagement photo shoot. Thanks to Stephanie and Petr, who liked that place as well, you can see the results here. Nevertheless, I decided to take at least few pictures of a landscape. Just as a small complement to that session and to show it from completely different perspective.
It’s a bit hard not to take a picture of Loch Lee being there, obviously. That quite a big lake surrounded by the hills creates a beautiful scenery. However, I think that much better views starts right after passing the west end of Loch Lee. There are some lovely spots there you can’t miss. For sure, derelict house amongst pine trees is one of them. Having one of the hills as a background just looks like a toy. Not to mention a waterfall (Falls of Unich) and a small footbridge over the stream. Altogether with big rocks created a picturesque landscape that worked perfectly for an engagement photo shoot as well. In order to get a wider view the best way is to reach Shank of Inchgrundle.
In the last picture, you can see a shape of Invermark Castle which is a ruin now. And to be honest, I didn’t want to take it at all. However, going back home when it was already dark, I just saw how it works with the Moon in the background. Mainly because of those clouds that got a bit of copper colour. By the way, this tower house of Invermark Castle looks really bizarre. Especially, after you realize how high its front doors are – rather impossible to reach without a ladder. And that is because the bridge that once led up to the doorway is long-gone. In short, the tower is as inaccessible today as it was to marauding thieves and other unwanted visitors when it was built. 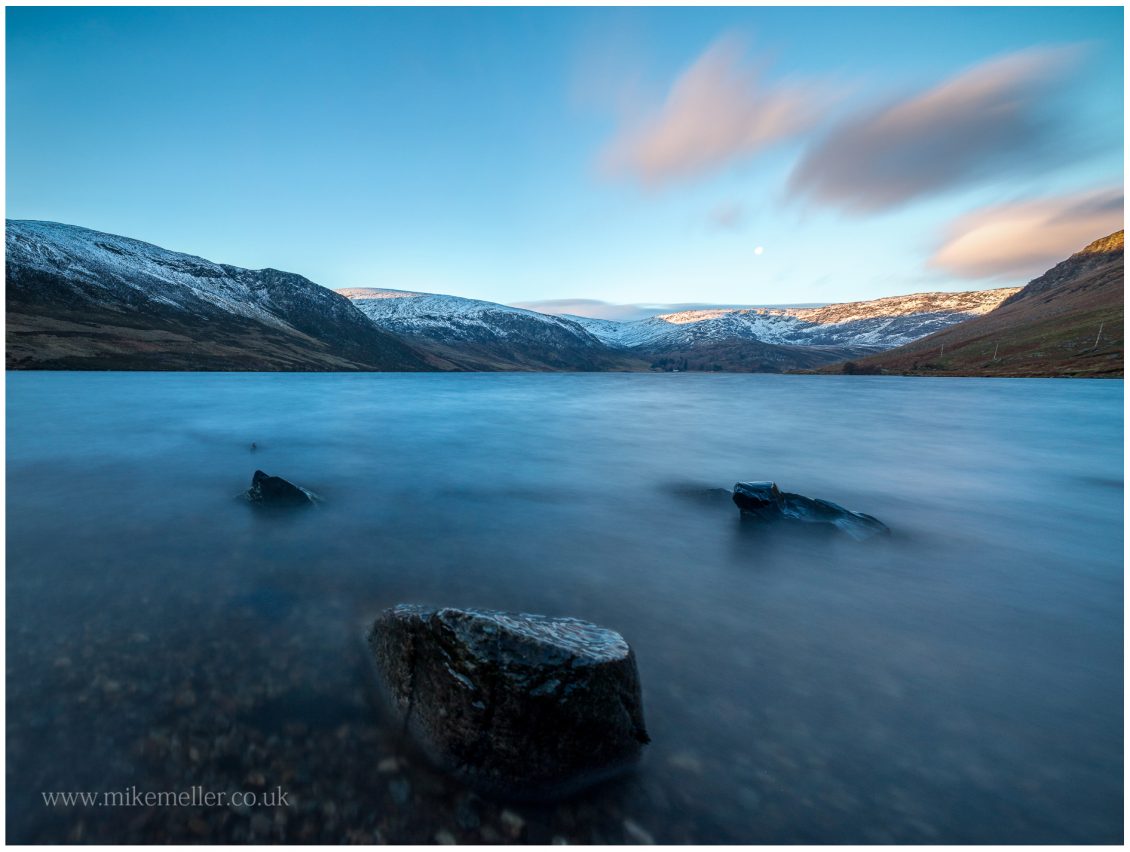 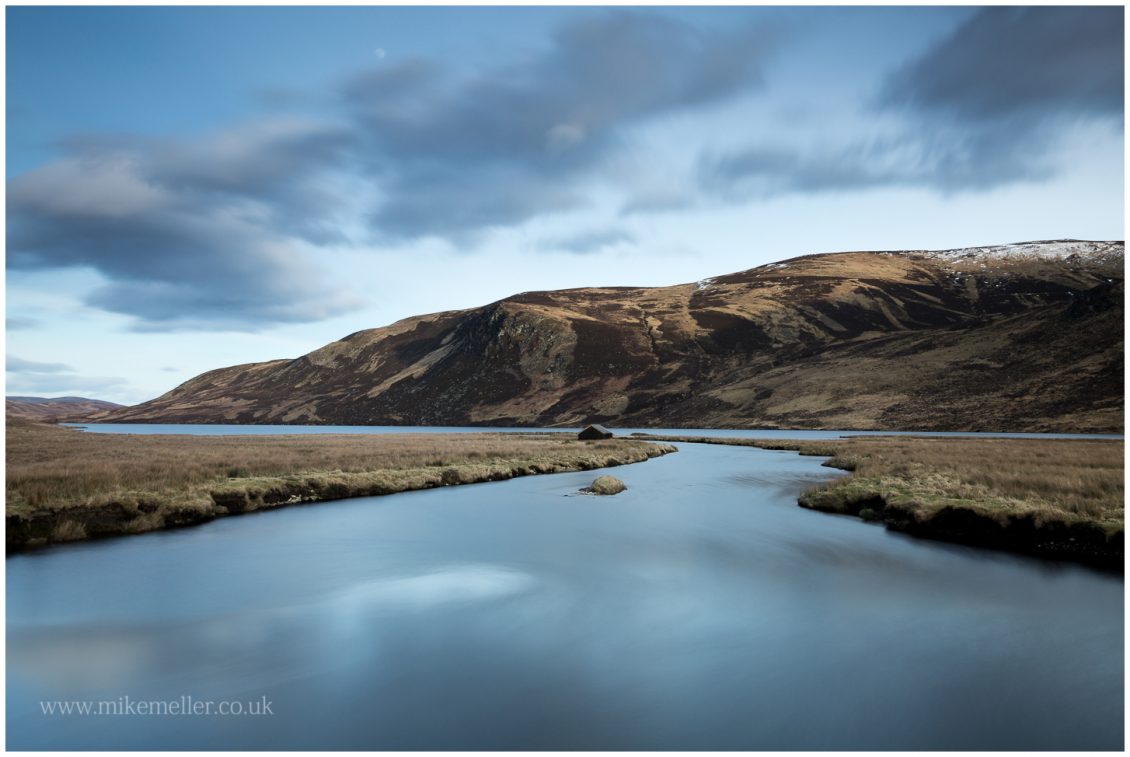 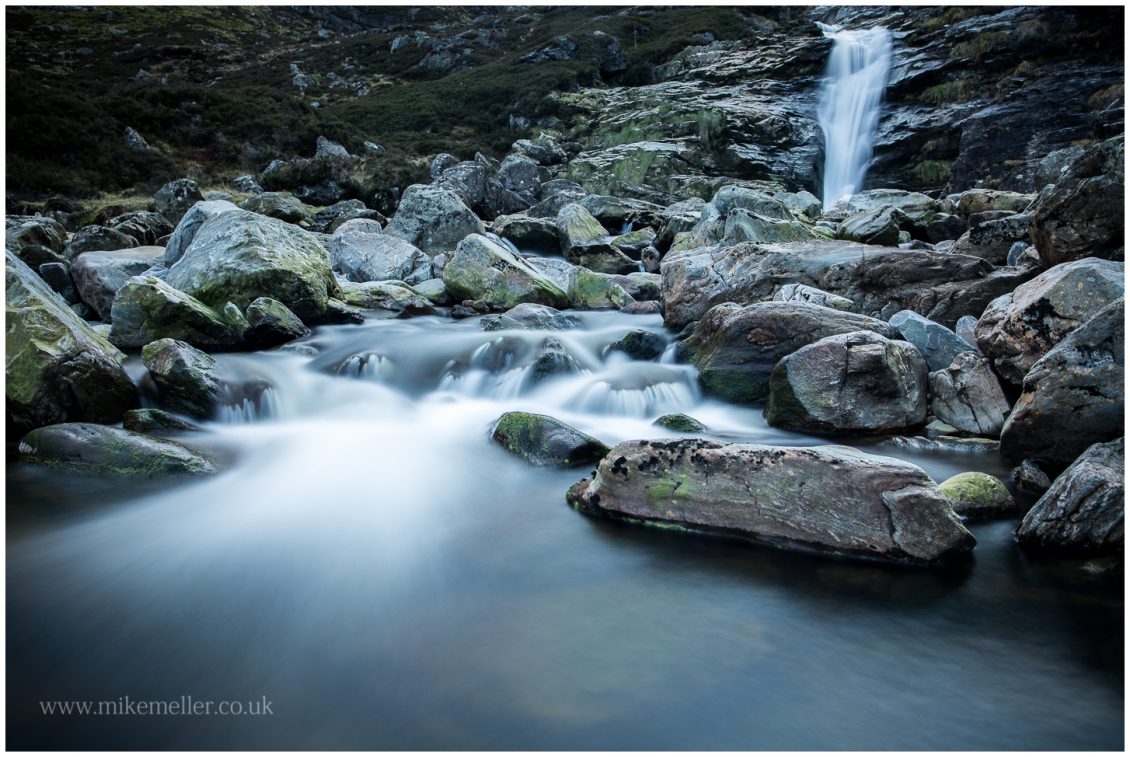 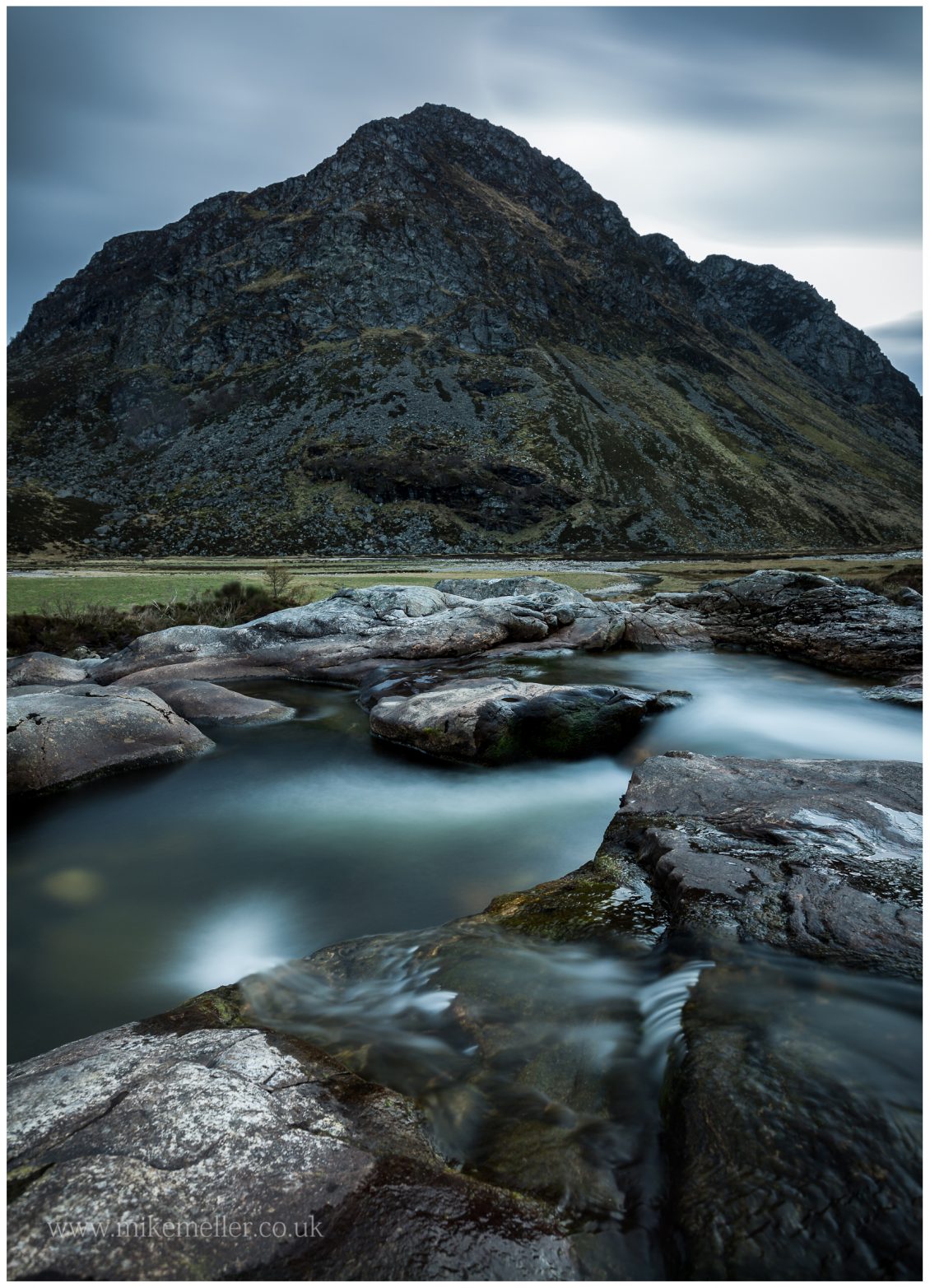 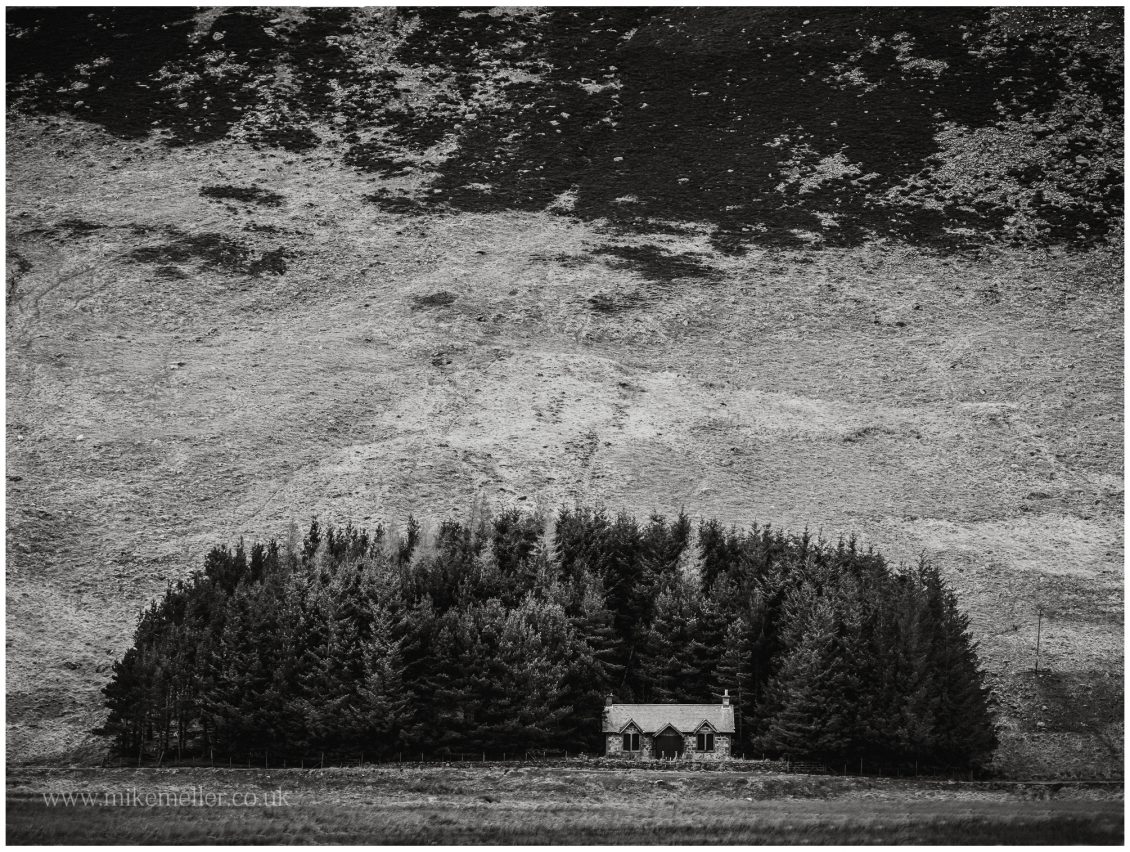 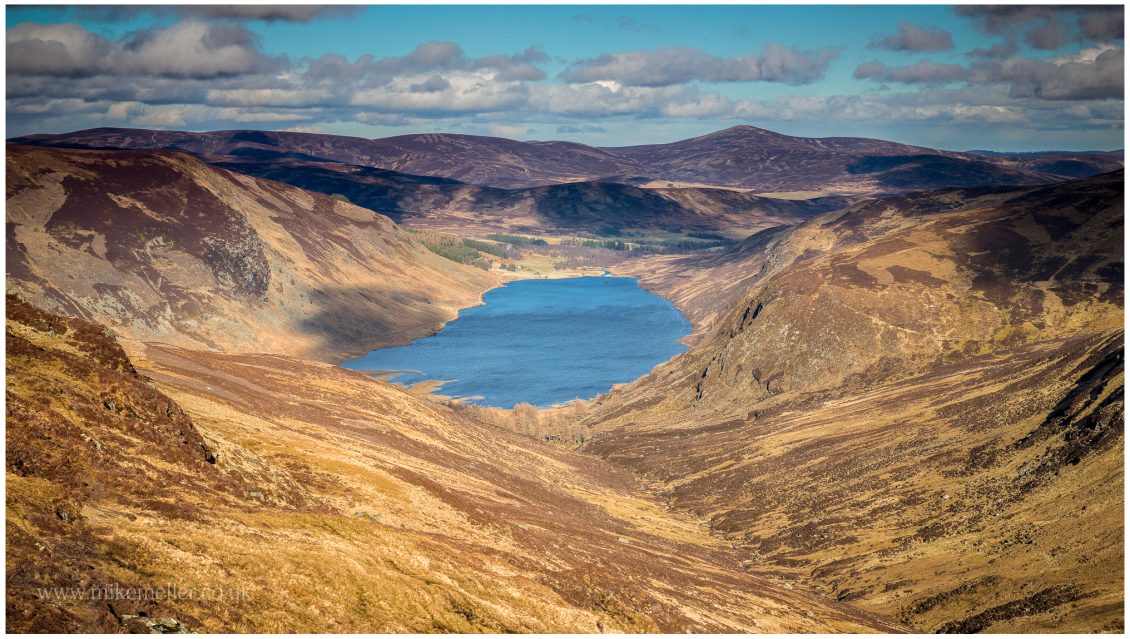 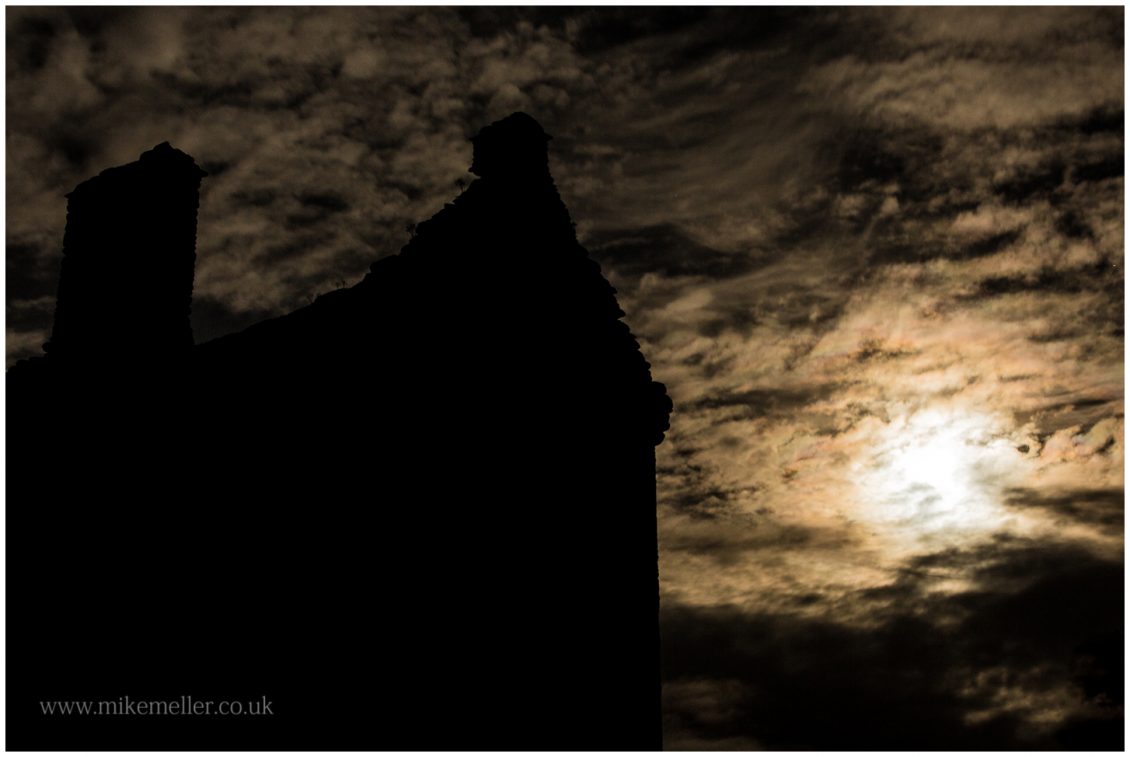