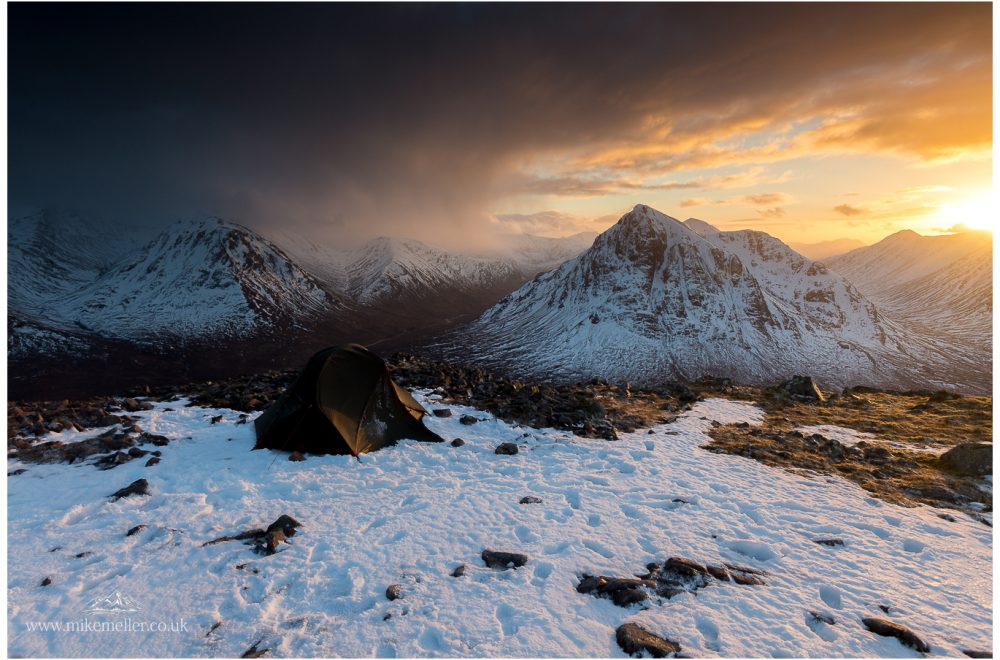 Beinn a’Chrulaiste is not big enough to be called a Munro. However, it doesn’t mean that reaching its top won’t make you feel excited and won’t give you an amazing experience. The highest doesn’t have to mean the best. And that’s how it is in that case.
It’s quite an easy walk in a summertime when it’s dry and sunny. But it gets more difficult and not very comfortable to walk in the presence of snow. Mainly at the beginning of the route which is quite steep. There’s no defined path and the terrain is very boggy. On a rainy day, you have a permanent stream of water under your feet and you have to overcome a muddy ground. All of that extending the time of your journey. Nevertheless, it’s nothing that should dissuade you from climbing higher.

Because of its bulky shape, Beinn a’Chrulaiste doesn’t look impressive at all. Especially when having stunning, magnificent and one of the most popular Munro as a neighbor, which is Stob Dearg. It’s not easy to exist in the shadow of such a glorious star but it has some advantages. It gives the best possible view over that extraordinary peak of Buachaille Etive Mor. It’s like with The Beauty and the Beast or The Eiffel Tower and Tour Montparnasse where the whole beauty can be seen from the perspective of the ugly ones. Or extremely ugly as it is in case of Tour Montparnasse.

You can also stop much lower when reaching Stob Beinn a’Chrulaiste. It gives a different perspective, takes much less time to get there and still offers a decent view. Have a look at my previous post from Glencoe and see some pictures from there as well. However, from my experience, I can only suggest going up to the top of Beinn a’Chrulaiste to have 360° panoramic view including Blackwater Reservoir and Rannoch Moor. It requires much more effort but certainly, it’s worth it. And don’t give up if the weather doesn’t seem to be your ally (as long as it’s safe of course). After I pitched my tent and set up for taking pictures, the weather conditions changed drastically. Just after few minutes, I could barely see my tent. It was snowing like crazy so I had to wait it out, hoping that it’ll change. Fortunately, it did and after a half an hour of no visibility, I was able to take a shot I wanted. I think that first two pictures tell enough about the unpredictability of the Scottish weather. 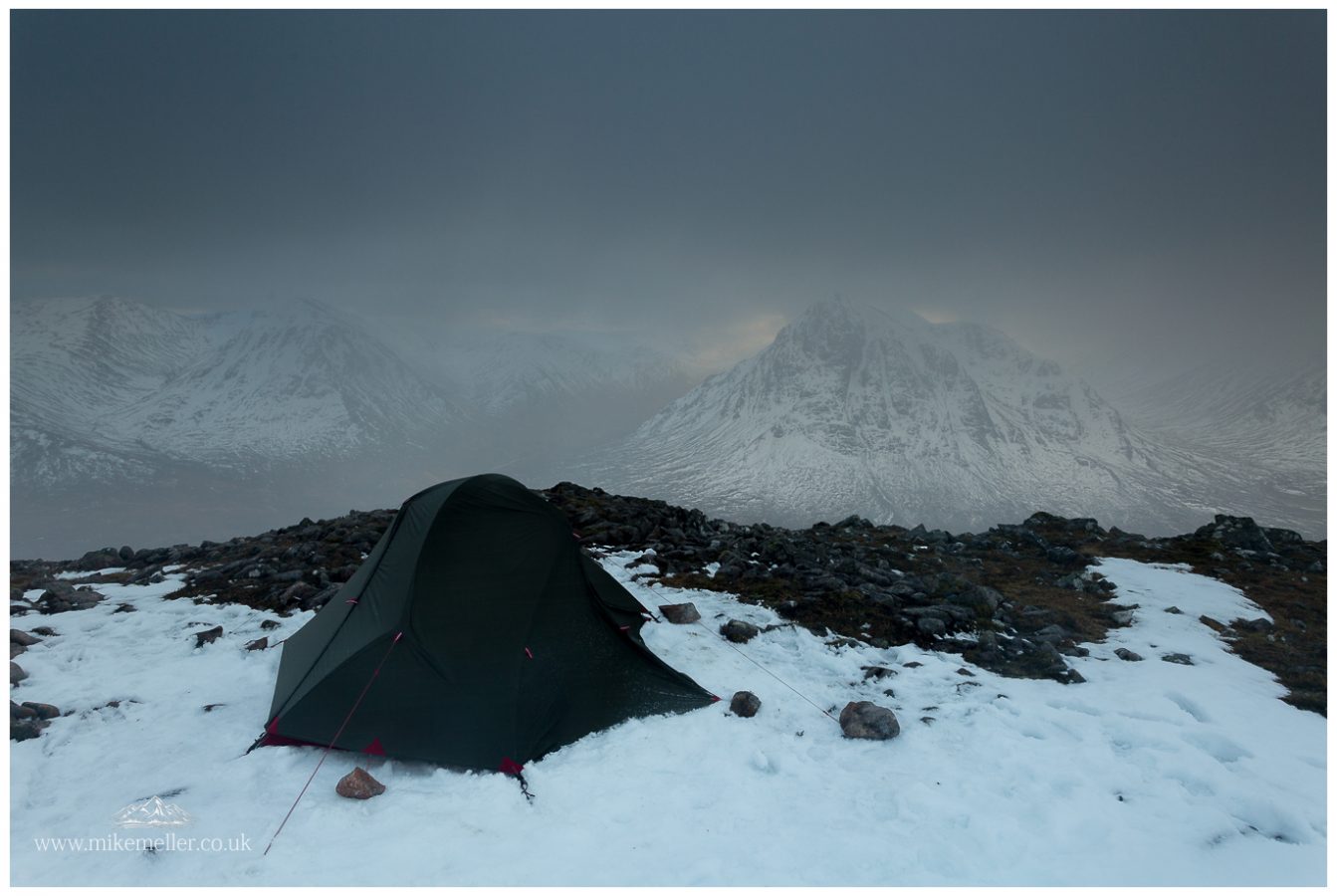 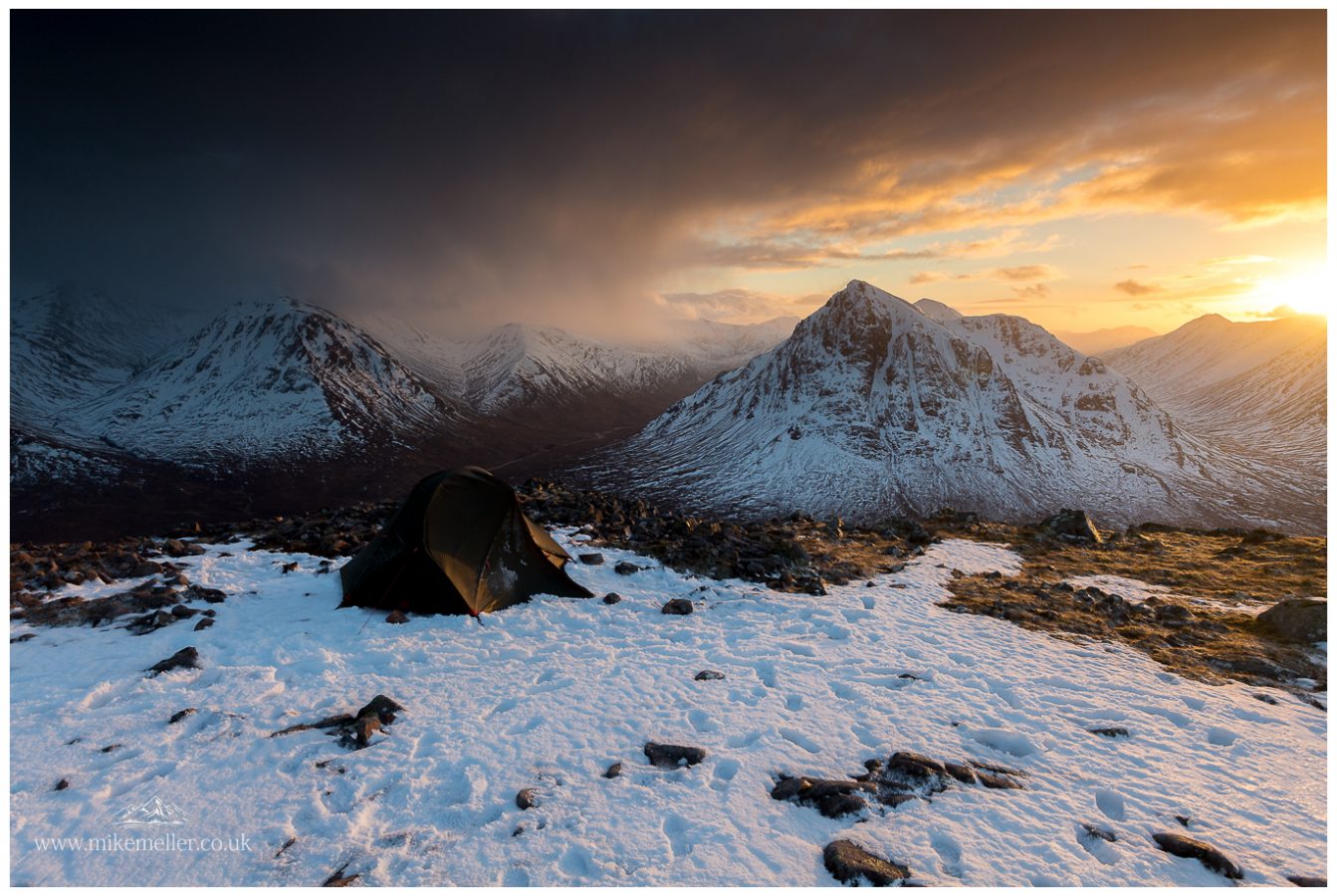 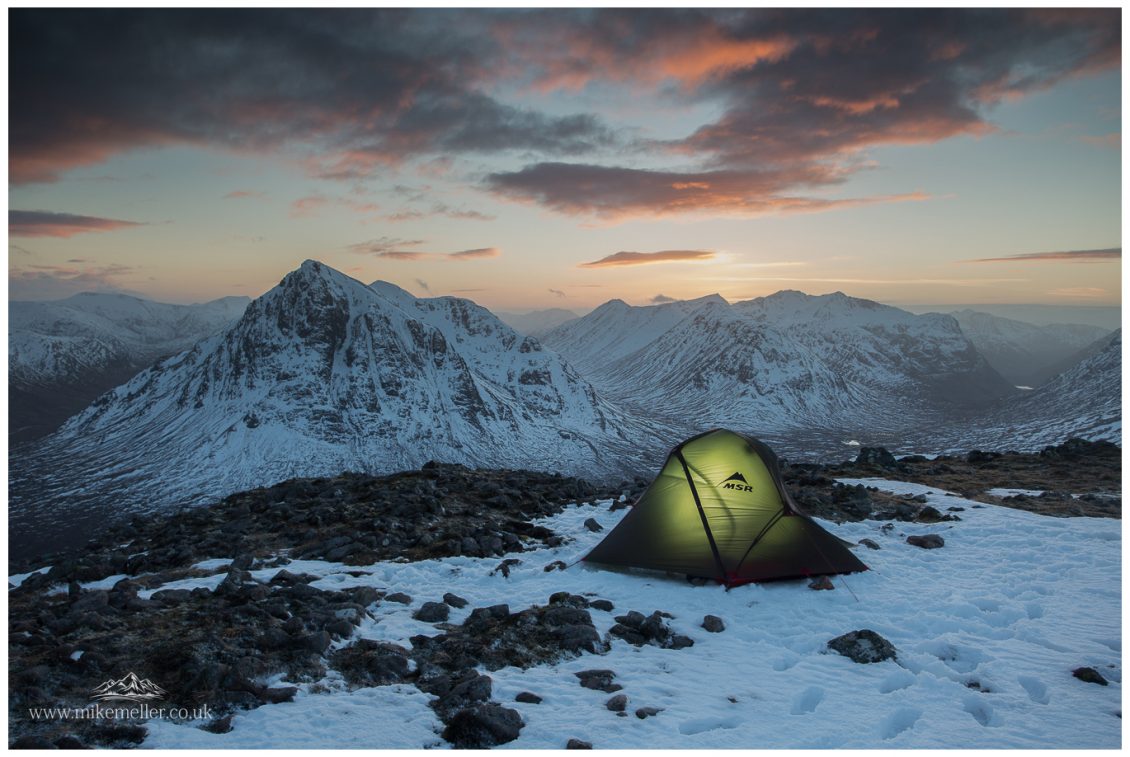 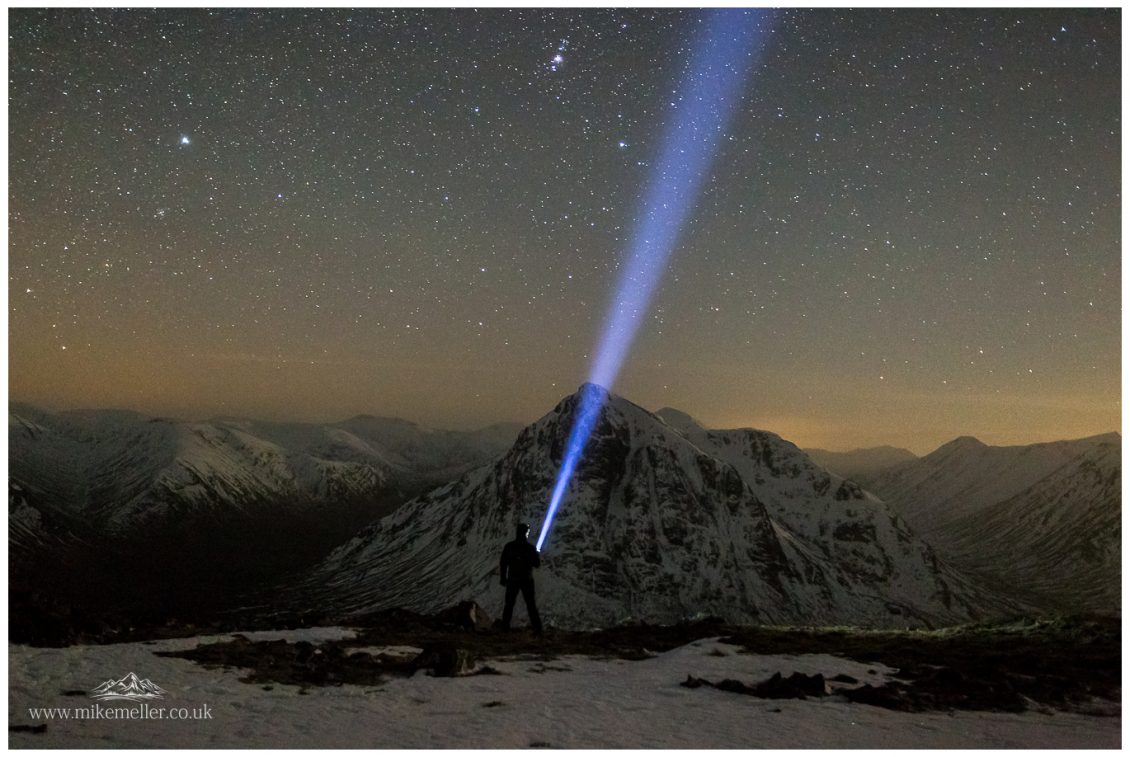 – That’s what I do when can’t sleep. Yep, flashing over the top of a Munro – 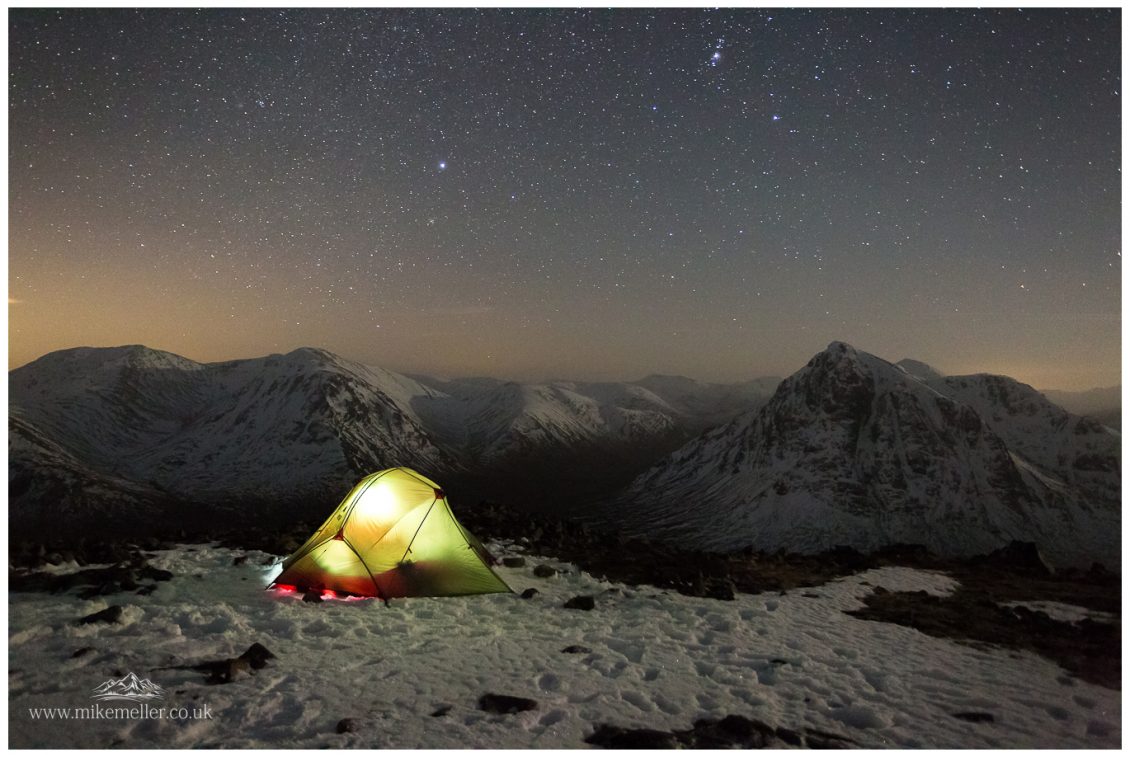 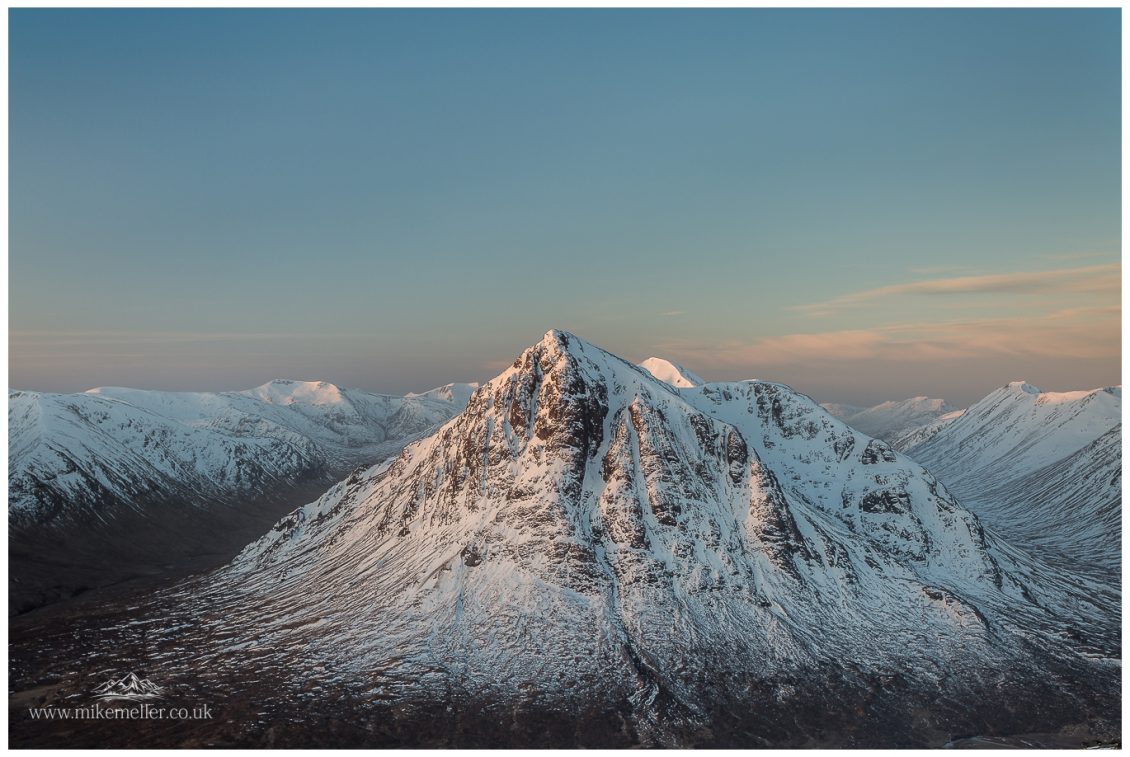